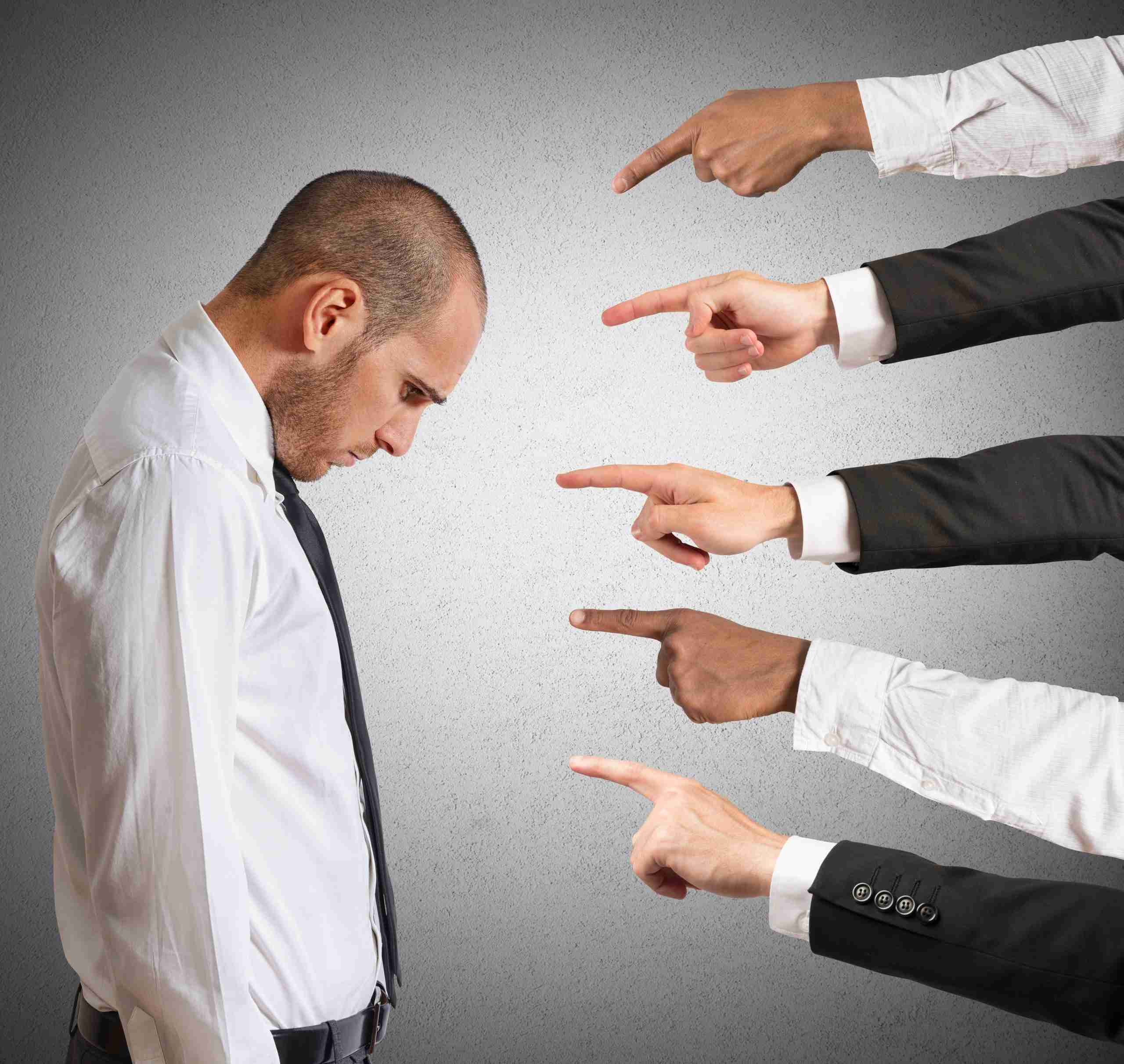 Understanding the power of influence

This article continues the series on decision making. It takes a look at how decisions that we take can be open to influence and what powers influence to be effective.  This series of articles is designed to help you become a better decision maker and leader.

The power of influence:

We often think that decisions that we take are completely logical and based on completely rational thinking.  This, however, rarely happens.  The quality of the decisions that we take will greatly depend on how ‘rational’ they are.  Often it is the power of influence to decrease the rationality of our decisions -inviting emotion, expectation and other non rational elements to decrease the fitness of the decision that we make.

Understanding influence and its power over decision making allows an individual to do more of what is in their interest and control their outcomes in the face of external attempts to change that decision. We can either be aware of the influence we face and understand it’s power or simply be a naïve victim of influence tactics of others.  .

‘Influence’ can be defined as any considered action that modifies a behaviour or belief in another person.  As social creatures, we are always engaged in both being influenced and influencing others in every interaction, communication and implied action that we make. Influence is often linked to sales and marketing efforts and it is true that in these spaces influence tactics become a highly considered art form.

Influence tactics have been well described by Robert Cialdini – his six principles provide a framework for considering how we influence others and are influenced by them. These principles are:

Each of these is seen to deliver change in behaviour based upon their application.  But what makes them so effective and what can we learn from them to make us better decision makers?

A lot of work is emerging into decision making science, including concepts like game theory, satisficing theory and understanding decision making at many levels.  Based upon this work, we can ‘peek’ behind the curtain at the common factors that make these tactics influential and decode ways to understand where and how influence is in play in our decisions.

Behind the curtain of influence:

What allows decisions to be greatly influenced has to mainly do with the unconscious and non-logical parts of the decision making process – those of expectations and regret. Influence on how we decide often happens ‘below the waterline’ – by tweaking the way we build expectation or consider the amount of regret that we will generate based upon the available decision options, the value of each  (and therefore the option choice) can completely change the decision and its actions. The two power levers of influence are therefore the modification of expectations and regret.

Think about any decision. Whether logically or unconsciously derived, you establish a series of expectations that determine:

Each of these impacts the outcome od the decision or the comparison of options.  If parts of these expectations are open to influence, imagine how it could change or even stop a decision occurring?

For some tasks, we have a clear idea of what to expect and these are difficult to influence.  For example, If I want to tie my shoes like I have hundreds of times before, I have a clear expectation of what will be achieved and the resources I need to commit to complete the task.  Because I have such a high level of certainty, it becomes very difficult to influence the expectation I already have about this action.

However, when the task is novel or the circumstance ambiguous, then I may have no clear expectation already set.  The more uncertain the decision, the greater the opportunity for external factors to modify the expectation I will set.   In novelty and complete ambiguity, the expectation is open to significant influence through any of the above avenues.

Using sales as an example, a person may have a really clear idea of what they expect to pay, the product they will get and the service that will be delivered.  It is hard to influence this during the sales process, and it is only how they experience what they get that will ‘update’ their expectation as they go.  On the other hand, if the sale is rare or novel (a house, a new car, something unusual) then the expectations are not fixed and open to all of the tactics to modify. For example, the real estate agent suggests a price that a house might sell for (anchoring), a car salesman might suggest that ‘most people add a tow bar to this model’ (social proof) – manipulating your uncertain expectations around the topic to suit their desired outcomes.

The role of regret:

Decision making theory suggests that any expectation creates a level of projected regret that we will experience if we fail to meet that expectation. This regret shows up as ‘discomfort’, which people work hard to avoid. This means if the expectation is too high, the projected regret and it’s associated discomfort are so large that the whole undertaking ‘feels like’ is better avoided (a basis for procrastination).

Research has shown that we rarely approach a decision or action with ‘excitement’, but most often work to avoid regret.  We feel excited after we have succeeded, or when there is certainty around the expectation of outcome.  Most people feel ‘nervous’ (projected negative emotion) until the outcome is reached.

Modifying the amount of regret someone might project into a situation influences their choices.  If someone suggests that in an uncertain situation that there is little ‘regret’ regardless of outcome, then the risk seems small in taking that decision.  However, if the potential regret is amplified (how the person might feel in the face of a projected failure), it can create a massive feeling of discomfort that would encourage against the option or decision. This might encourage a person to seek alternate options or completely different decisions to reach the goal.

Back to our influential car dealer – They may suggests the regret I might feel owning one model whilst highlighting the benefits (lack of regret, certainty) of owning another.  Do I want to ‘risk’ and regret getting those bad outcomes, or do I prefer the certainty of the other suggested brand?

Therefore, the way the expectation and potential regrets are set determines behaviour around goals – how much will we do to avoid the regret? How much are we prepared to risk? Can we be influenced into or out of behaviours because of how uncomfortable they might make us feel?

As you can see, the strength of the certainty in the expected outcome and the comfort with the level of regret potentially experienced are powerful levers to modify behaviours.

As described, a decision to act is based upon both the expectation set and the projected regret.  We make decisions using logical (called ‘welfare directed’) framing, as well as unconscious (self-effacing) framing.  Purely logical decisions should always increase our objective ‘welfare’ – however we have learned that this level of rationality is almost impossible in human decisions.  The concept of ‘bounded rationality’ was introduced by Simon, who was describing the biases that impact every decision, leading to (at best) rationality bounded by our biases.

Our biases are derived from the self-effacing (unconscious) aspects of decision making (as well as the tendency for us to leap to conclusions using mental shortcuts).  All of these biases emerge to impact our decisions causing errors (decreased welfare) or noise (patterns of individual decision making that differ between individuals using the same facts but modified by individual beliefs, experience and values).

Errors emerge where people make decisions that objectively decrease their welfare, but often serve the unconscious aspects that bias the process.  Such things as social goals, removal of uncertainty and even imagined decreasing of risk (regret) can all act to bias the decision away from positive welfare.  Noise happens in places where people should all use the same facts and processes for decision making – like in the judicial system.  Even though each judge acts to be ‘impartial’. Their beliefs and values can dramatically impact the outcome.  This is seen in the variation in sentencing between ‘tough’ and ‘easy’ judges on similar cases.

‘Trusting your gut’ or ‘using your intuition’ is really just shorthand for giving up any rational process in decision making and often using the worst errors to emerge to impact the welfare you can derive.  Intuition is rarely a valuable decision making tool.

For any decision, influence happens by modifying the expectation and the projected regret. This almost always happens in the realm of the self-effacing aspects (unconscious bias) of the process. Because they are unconscious, these are often open to strong influence even using blunt tactics and tools.  Cialdini’s 6 principles show how this works.  For each, consider how they could be used to shape the expectation or amplify a regret that would impact the self-effacing aspect of the decision:

What this means to an individual:

What powers influence on our decision making is the way expectations are set combined with the way that projected regret is either managed or amplified. The way we use unconscious (self-effacing) processes to create the expectations or regret profiles of an action or decision are open to influence if we are not consciously managing them for our own benefit.

What do you notice influences you?

How do you feel when you are uncertain?

How can you consciously become aware of your expectations and regret profiles?

If you want to find out more about how to generate influence and become a better decision maker, contact me now.