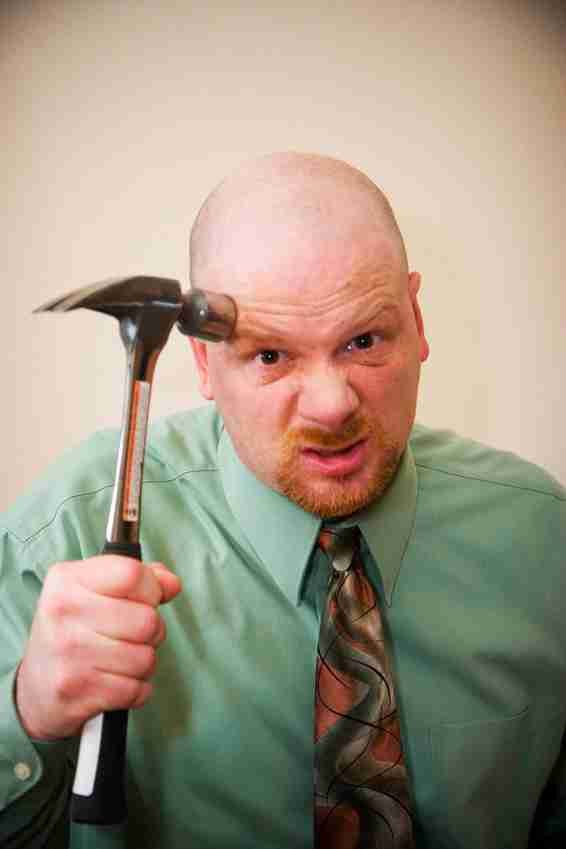 Are you insane in your approach to success?

I once sat in a training seminar where they ‘challenged’ the group with a (pretend) statistic: “Less than 10 percent of you will implement this fully, and less than 5% will be successful”.  They were obviously trying some reverse motivation – but without realising it, they were clearly identifying the biggest issue with what they were doing.  They were asking their ‘students’ to be insane in their approach to success.

The definition of insanity:

Einstein has been credited with saying ‘The definition of insanity is doing the same thing over and over and expecting a different result”.

How does this apply to people and organisations trying to generate sustained success?

The answer is simple: you are insane if you think doing what someone else has done will make you successful.

It doesn’t seem to make sense – it is insane to do keep doing the same things and expect different outcomes, yet if I do what made me successful in the past or has made someone else successful, then shouldn’t I get the same result?

The thing that the idea of resting on your laurels or copying someone’s blueprint for success is that things change. You exist in different and unique circumstances which make all of that meaningless moving forward.

Since you created that product, have you hade competitors emerge? Since that person developed their ‘blueprint’, how much has changed?

Napoleon Hill wrote ‘think and grow rich’ in 1937. Many things have changed since then. “Good to great” was written in 2001 – if you invested in those companies at the time you would now have seriously underperformed the market (not over performed, as the book suggested these companies would continue to do). If you want to do what Richard Branson did to be successful, you are 50 years too late. That case study in your MBA course? Perhaps the lessons are out of date or cannot be replicated.

The truth is  that things change. The lessons we learn by analysis are not always right. Even if they are, they might be situational or circumstantial. Doing the same thing over and over is indeed insane – we need to be smart enough to understand the role of the circumstance and the ecosystem to apply our efforts in more appropriate ways.

We operate in complex ecosystems.

The success that someone else achieved can offer general lessons (work hard, pay attention to the customer, etc). The problem of simply copying patterns of behaviour and expecting the same outcome is that the complexity of the ecosystem in which we exists means it is always changing.

What made us successful before may be what holds us back.

Your customers have many influences – as do your competitors. Technology changes, regulations are updated and society’s expectations naturally evolve.

The ‘greed is good’ philosophy of the 1980’s and the ‘Wolf of Wall Street’ approach are simply not tolerated these days. Your customers seek something different – so if you keep doing what you have always done you are bound to become irrelevant.

This is true for even the most successful companies. That one big idea that got them going needs to evolve over time otherwise they are just another one hit wonder. If you keep doing what made you successful, the only thing that you can guarantee is that you are heading for disruption.

Each time there is a change by any actor in your ecosystem, it simply invites further change. A competitor adds a new feature – now everyone has to add it to keep up. Customers learn to expect how to be treated in a different market, and then expect that treatment as a minimum service level in your market, too.

At all times, the only thing that we can do is seek to be relevant, valuable and remain fit to serve the customer. Which means as they change, so must we. Which means that our success always lies in uncharted and unexplored territory. It is built out of our strengths and capabilities, not out of the past.

It means that the only thing insane about your success is believing that you can simply do what you have always done – or worse, do what others have done – to generate sustained success.

This does not mean that there is no value in learning from others – in fact the reverse is true.  Learning from others expands the range of things you might consider as you create your own unique solution path.  As you build on your strengths, as you add to your capability, as you respond to the complexities that you face in your unique situation.  As you stop being fed ‘how’ to act or react, and instead learn about possibilities and options, your decision making and adaptive capability goes up.  You have a far better chance of generating sustained success than simply following along in someone else’s trail. (Even worse – their way to be successful is to sell you those ideas and hope you implement them).

So are you insane?

If you want to explore what this might mean to flip your approach to success on its head then contact me now.


The simple success formula
Deciding to be a better decision maker