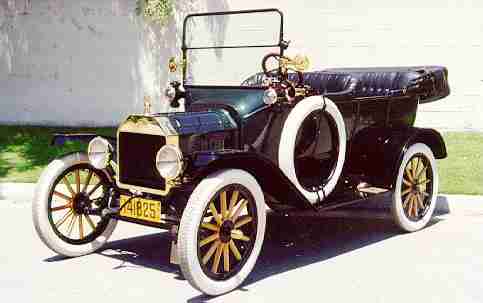 Is your success good enough to last?

Research in the 20th century focused on what makes a successful company ‘great’?  Business luminaries like Tom Peters and Jim Collins became ‘gurus’ of the business world by applying research to this exact question.

The belief was that the things that make a great company can be distilled from examples of companies that have been successful.

This led to a range of ‘business principles’ (like the hedgehog concept from Jim Collins) that became the fads of the late twentieth century management ethos.

Years after the initial publications of these works, there was almost a sense of ‘glee’ from parts of the business consulting industry that evidence now showed that some of the companies had failed.

Jim Collins addressed this in his 2009 book: ”How the Mighty Fall”, in which he states that “just because a company falls doesn’t invalidate what we can learn by studying that company when it was at its historical best.”

This is true – provided we allow for the inherent problems in this approach, seeking evidence of what contributes to being successful by studying those that are successful now (or in the past) can be valid.  To do this properly, a number of biases need to be removed from the process.  These include:

Taking these into account, looking back at what makes a company successful can provide some insight, but it also leads to another important question that is often overlooked:

How do we know that applying those insights would make my business more successful?

In truth, what makes a particular firm or firms successful cannot tell us what will make us successful.  We exist in an entirely unique ecosystem, in a different time, doing different things than those firms. One should always be sceptical that such ‘rules of success’ can be applied in other and different circumstances.  It is always worth filtering such rules through your own unique circumstances to ensure that what you take on is relevant to making you better

But why did they fail?

A number of firms highlighted in these books failed, or have consistently underperformed (as a measure of their success being ‘outperformance of the market’).  They all failed for different reasons (bankruptcy, lack of relevance, poor decisions etc) and in different ways.  For all of these companies, they were successful, but the ‘next chapter’ of their stories did not all end in more success.

Building success is one thing, creating sustained success is another.  Firms that were seen at a single moment in time as ‘successful’ might have captured the zeitgeist of that particular moment, stumbled onto an opportunity, developed a single innovation or found an untapped market that catapulted them to success.  On reflection, they may have demonstrated many of the principles of ‘successful firms’ – yet got there in very different ways.

The problem emerges in that what success looked like in 1990 is not what success looks like in 2021.  The things that made companies successful have to change because the world around them changes – often incredibly rapidly.  Think about a few examples:

There is nothing wrong with any of the changes that occurred, but each had profound effects on businesses and industries – and more importantly, what the customer sees as their ‘new normal’.

There is a need to ‘build in’ future proofing into businesses – often more successful firms are not paying the right attention to change (‘the customer will always come to us’ philosophy) which is often the pride before the fall into disruption. When you believe that you are ‘entitled’ to a particular market position, you create narratives and rigidities that can be harmful to adaptation.

How are you building the capability, capacity and intent to adapt to your changing circumstances to ensure you can sustain success?

Contact me to learn what practical steps you can take to avoid being disrupted and creating an adaptive model to support sustained success.