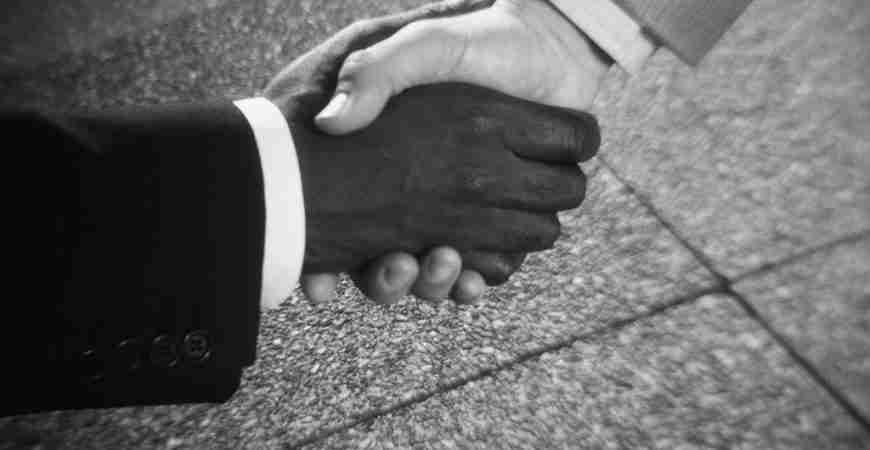 Trust is an important concept that helps us decide how we act at any moment. If we trust, it gives us confidence to move ahead. Without trust, we exist in uncertainty. Trust is a critical part of decision making in every context.

Recently a number of clients have been stuck because their ability to decide when and how to act was undermined by a faulty cognitive strategy for how to trust. Or they know what to trust, but just don’t like what that means.

So how do you decide what/who to trust?

Trust can be viewed as a cycle that happens inside each of us. The trust cycle relates to how we decide if we can expect someone or something to behave in a predictable way. It is neither good nor bad – we can trust that people will behave poorly in a context and that they might behave well in others- and even when we trust, we can still be surprised when someone or something behaves outside of what we would expect.

Its all about behaviour.

It is not about how we ‘feel’, or based upon what other people think. Trust is a personal construct, built on experience and our interpretations. It is not ‘faith’, but has a logical underpinning that allow us to understand how we decide to trust, so we can decode our decision making when ‘trusting’ gets us stuck.

The process of building trust has three parts: Healthy trust is built by creating a predictive model that holds in specific circumstances. When those situations arise, we can use the ‘trust’ we have developed to predict a behaviour or outcome. We can trust that when a traffic light turns red, most people will stop. We can trust that the sun will come up tomorrow.

Most of the time, we develop trust automatically. Without realising it, we search for conformational evidence, use our beliefs to drive what we are prepared to accept, and use biases to define patterns (reasons) on which our predictions will be based.

We get stuck when the process we use to develop ‘trust’ is not suitable for the situation, not specific enough, or poorly applied.

We can also get stuck when we can predict an outcome, but we don’t like what this outcome is or what it means. If trusting something comes at a cost or effort, often we seek to excuse, discount or argue against trusting the obvious.

Errors at each point in the trust cycle lead to problems in decision making, and when we get stuck it can be an important place to have a look to see what may not be working for us.

Consider how this plays out in health anxiety. Roger would scan his body incessantly for problems, believe he was ill, and create diagnoses from there. This led to massive anxiety. Working through the three phases (what constituted ‘evidence’, what were his beliefs that meant things he discovered should be accepted, what other patterns could be created from the information?) we were able to start a shift to Roger trusting that maybe he was OK.

Consider Tony, who is objectively great at his job but has poor self belief. Rather than ‘trust’ the feedback and results that he generates, he continues to seek evidence of failure (and discount any success or positive behaviour). He uses a skewed belief system to evaluate what happens – not accepting that he does a good job but instead setting unrealistic benchmarks around what he ‘should’ do. He builds up patterns of ‘failure narratives’ that he then seeks further evidence of at every opportunity. Getting lost in this cycle ultimately stops him taking valuable actions, because he believes he will only fail again. Rather than trusting his capability, his lack of trust acts as a liability to himself and those he works with. Breaking down the trust cycle was critical to helping Tony get unstuck.

People can get stuck when they trust but not like what it means, or don’t like where acting on that trust could lead. Consider Shirley, who can reliably predict that when her partner comes home drunk on a Friday night that he is violent and dangerous. She modifies her behaviours to keep herself safe based on the ‘trust’ that she has in his behaviours – she can absolutely trust what her partner is like when he is drunk.

However, although she ‘trusts’ how he would behave, she avoids facing up to what it means, and finds herself ‘discounting’ the impact of those behaviours and stays stuck in the relationship that may, eventually, cause her serious harm. She doesn’t like what it would mean if she were to admit the behaviour pattern, or what she would have to do if she accepted it as true. Instead, she avoid dealing with the pattern that emerges, because her belief about what this would mean. Helping Shirley articulate and face the ‘pattern’ of behaviour of her partner encouraged her to stop avoidance and instead realistically consider the consequences and options she had in front of her.

Trust is a powerful predictive tool. Without it, the uncertainty of what others do and the world around us can become overwhelming. If we don’t listen to what we can trust when it stares us in the face, we can make bad decisions.

When you are stuck, perhaps evaluate what you can really trust, and how you are using or discounting those predictions to your advantage. Perhaps take a look at how you run your own ‘trust cycle’ to see what errors you are making and ask yourself what should you trust that might not be so comfortable to do so?

What errors do you make?

What is the one thing you could do to improve how you trust?

What do you ‘trust’, but that you discount because of what it means?

How has trust been an issue for you, perhaps getting you stuck? What can you do differently?

Please get in touch if trust is an issue for you and you would like to  get unstuck.

Curling your way to innovation success